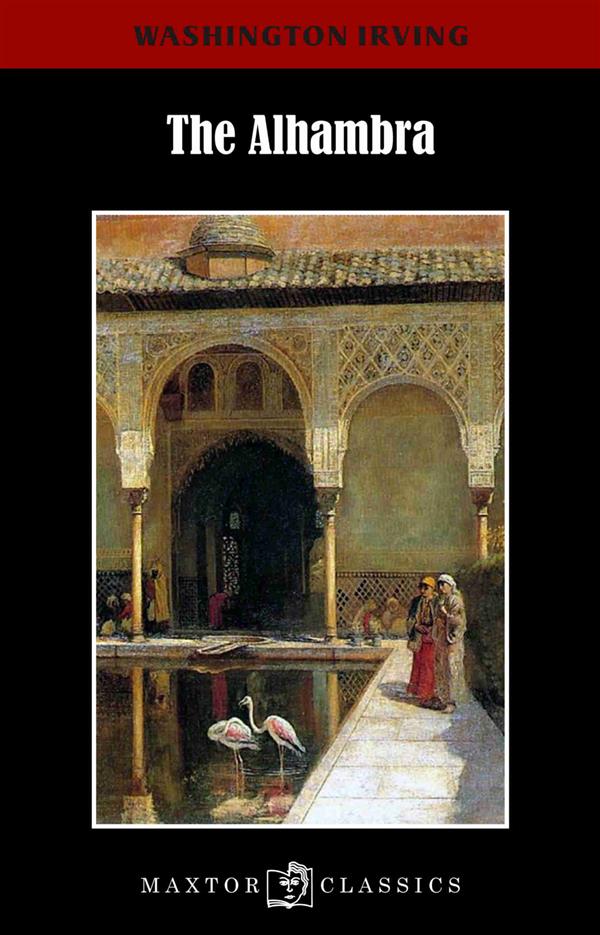 «In the spring of 1829, the author of this work, whom curiosity had brought into Spain, made a rambling expedition from Seville to Granada in company with a friend, a member of the Russian Embassy at Madrid.
Accident had thrown us together from distant regions of the globe, and a similarity of taste led us to wander together among the romantic mountains of Andalusia...» Tales of the Alhambra is a collection of essays, verbal sketches, and stories by Washington Irving. Shortly after completing a biography of Christopher Columbus in 1828, Washington Irving traveled from Madrid, where he had been staying, to Granada, Spain. At first sight, he described it as "a most picturesque and beautiful city, situated in one of the loveliest landscapes that I have ever seen." Irving was preparing a book called A Chronicle of the Conquest of Granada, a history of the years 1478-1492, and was continuing his research on the topic. He immediately asked the then-governor of the historic Alhambra Palace as well as the archbishop of Granada for access to the palace, which was granted because of Irving's celebrity status.