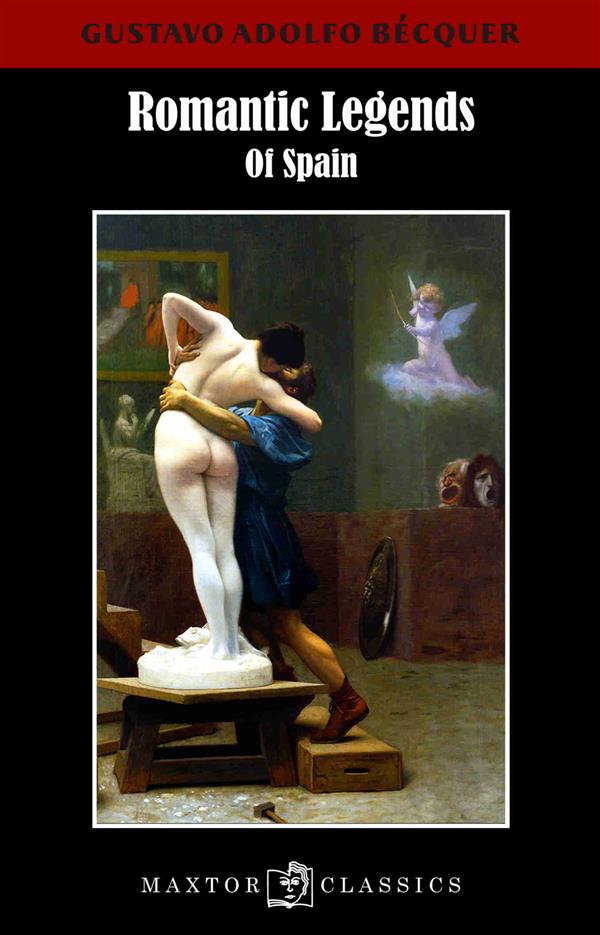 «In Seville, in the very portico of Santa Inés, and while, on Christmas Eve, I was waiting for the Midnight Mass to begin, I heard this tradition from a lay-sister of the convent.
As was natural, after hearing it, I waited impatiently for the ceremony to commence, eager to be present at a miracle...» The Legends are a variety of romantic tales. As the name implies, most have a legendary tone. Some depict supernatural and semi-religious (Christian) events, like The mount of the souls, The green eyes, The rose of the Passion (a blood libel) with references to the Holy Child of La Guardia and The miserere (a religious song). Others cover more or less normal events from a romantic view, like The moonlight ray and Three dates.
Gustavo Adolfo Bécquer, (1836-1870) was a Spanish post-romanticist poet and writer (mostly short stories), also a playwright, literary columnist, and talented in drawing. Today he is considered one of the most important figures in Spanish literature.